It has been 10 years since Taika Waititi’s second feature film BOY was released. In New Zealand, it had its premiere on 25th March 2010. Woman’s Day NZ magazine reunited the young stars of BOY for the first time since the film’s release.

To read the article, click on the photo and find ‘View full size’ in the bottom right corner. 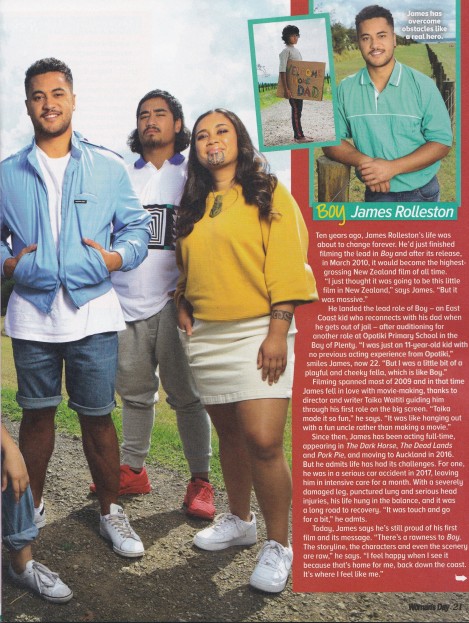