The Critical Slide Society is an Australian brand producing menswear. Taika Waititi owns at least a couple of their woven shirts: one of their Banana shirts and the Lobster one. He took part in TCSS’s “At Home” Q&A series.

‘At Home’ with Taika Waititi

For the second instalment of ‘at home’ series, we’ve interviewed Taika Waititi. ‘The Taika’ – as he likes to be called, is a friend of the brand. Ever since he found one of our Banana shirts in Hawaii. He won his first Oscar this year for ‘Jojo Rabbit’, which was no surprise to his biggest fans at Critical Slide HQ. Thanks for being involved Taika.

Where are you for lockdown?
I’m staying in LA. My kids are here and I don’t want to risk traveling with the family right now. LA has become home over the years and I have a lot of friends here so it’s not a bad place to be quarantining. And it’s almost summer which I’m looking forward to.

Music Hit list please..
Bob Marley makes it all better for me. And my usual hit list which is a mixture of Prince, Rolling Stones, Beatles, Cyndi Lauper, NZ music, and the Grease soundtrack.

Film Hit list please..
I haven’t watched a lot of stuff as my kids usually take over the TV, but lately I’ve watched Onward, Death of Stalin, Stand By Me, Labyrinth, Miyazaki films, Train to Busan, The Vietnam War (Ken Burns), and Don’t F**k With Cats.

Tell us one thing we don’t know about you..
I am The Batman.

If you could pick 3 people (outside of your family) to be in your isolation bubble? Alive or Dead.. who would they be?
Batman (obvs).
Alfred (Batman’s butler – because, I mean… he’s a butler and he could butlerize me.
Yoda.

How are you staying sane?
Chatting with friends now and then, watching films, listening to music, and trying to keep on top of my work – which is limited to writing at the moment.

What will you appreciate most after Isolation?
Wearing pants. That and seeing people who aren’t in town. Like my mum. Apart from that, I don’t know. I’m not sure I want to spend as much time in restaurants and bars as I used to. The thought of listening to all those stupid conversations being yelled above music I don’t like is already giving me a headache.

Favourite humble meal of ISO..
Caviar stuffed lobster which is then stuffed inside a deep fried fossilized Tasmanian Tiger, lightly smothered with shaved Rhinoceros shit, accompanied by imported Sumo sweat… Oh wait, HUMBLE… hmmm. Ok, well every day I eat eggs. I think eggs in general are the humble hero for me. I’ve always relied on them and they’ve always been there for me. Scrambled in particular.

How do we all get through this?
One day at a time. There will be an end, we know this. But it won’t be according to what our currently conditioned minds expect. We don’t exercise much patience these days because we’ve been conditioned to expect everything and anything whenever we want it. I, personally, am enjoying the fact that we have to wait, or that socialising isn’t what it used to be, or that sometimes you can’t get whatever food you want on any given day. This is like a massive reset on humanity and society and what we place importance on. I think we’ll come out of this changed for the better.

His answers were also presented in TCSS’ Instagram Story. We have saved them for you below. 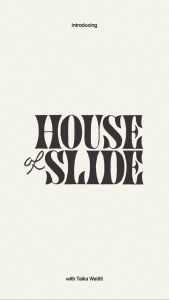 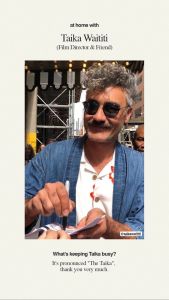 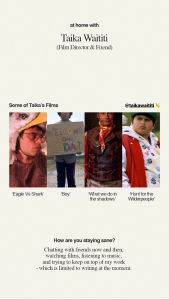 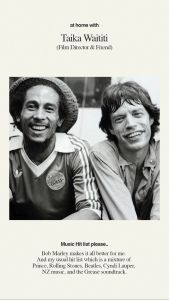 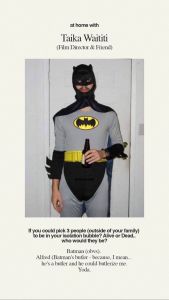 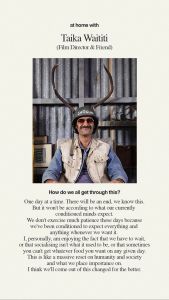