What We Do in the Shadows team was nominated to eight Rialto Channel New Zealand Film Awards 2014 out of which they won four: Best Self Funded Film, Best Supporting Actress, Best Sound and Best Production Design. 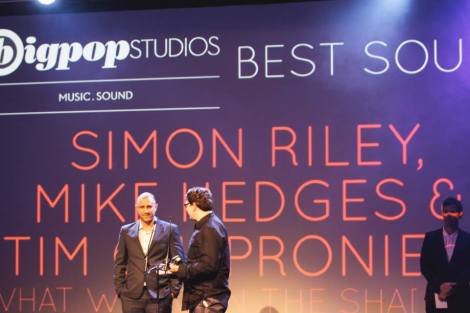 Go to our gallery to see the photos from this event.

From @vasjmorgan ‘s Story
Posted @withregram • @vasjmorgan Threw a party for Rita last week, the room was filled with so much love, laughter and fun and @myleshendrik captured it perfectly 🖤 love to everyone that came
Posted @withregram • @ritaora Can't believe I've been doing this for 10 years already 🥺❤️ Had the best night celebrating a decade of making music AND my new single You Only Love Me! Felt so special and I can't wait for the new era 💫 #RO3 is coming baby!! Who’s listening to my new single today?
October 2022 Posted @withregram • @runetemte Lovely to meet you and a game changing experience working with you @taikawaititi Bandits in time! @paramounttelevisionstudios @appletv @blommigaskjortor @anoncontent