The second season of Film Independent Presents at The Wallis continues with a signature Live Read event featuring the 1979 classic Breaking Away. The film, based on screenwriter (and avid cyclist) Steve Tesich’s own experiences as a student at Indiana University, is directed by Peter Yates, and won both the Golden Globe for Best Picture and Academy Award for Best Original Screenplay.

The Live Read of this definitive coming-of-age dramedy will be directed by Michael Angelo Covino and produced by Kyle Marvin, who were nominated for Best First Feature at the 2020 Film Independent Spirit Awards for their film The Climb. This special evening presented at The Wallis will also include a live orchestra, stationary bicycles (a Live Read first!) and a fantastic cast including Skyler Gisondo, Paul Dooley, Dennis Christopher, Gayle Rankin, Andre Royo, K Callan and Taika Waititi.

In Breaking Away, Dave and his working-class friends Cyril, Moocher and Mike spend their post-high school days in Bloomington, Indiana, sparring with snooty students from the local university, chasing girls and – in Dave’s case – dreaming of competitive bicycle racing. The four friends face opposition from all corners as they decide to make Dave’s dreams come true in the university’s annual bicycle endurance race. 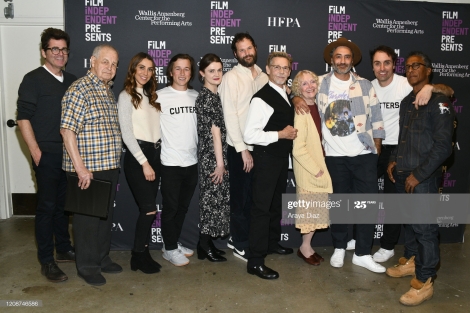 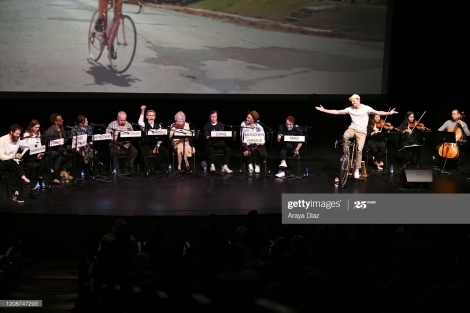 More pictures in our Gallery.

#taikawaititi #repost @katjwinston : 13 years ago today ⁦‪Amy‬⁩ and I started a journey which would unexpectedly take us from Zürich and Cannes to Shanghai and Moscow—and many, many other parts of this sometimes crazy yet beautiful world. We’ve worked with the most inspiring visionaries and learned about the most amazing cultures. I will forever be grateful for this phenomenal experience—to build a global brand from scratch with one of my best friends, my sister from another mother, and my work wifey 👯‍♂️❤️😍🎊 love you Amy to Mars and back. Literally.
#taikawaititi #repost @matt_grace_photography : Before WWDIS, before Welly Paranormal, before FOTC, there was ‘So You’re a Man’. Jemaine, Bret and Taika’s first (I’m pretty sure) foray into semi professional theatre. A show they devised under the direction of Duncan Sarkies, they were accompanied by Carey Smith (middle) and David Lawrence (right). Grammy’s, Oscars and BAFTAs followed soon after.
#taikawaititi #repost @philmahbocks : Thank you darlings @stanaustralia for allowing us to strut your blue carpet arrival with such a cast of fabulous Divas.
#taikawaititi #repost @jamesmcmango : We certainly did NOT fuck it up