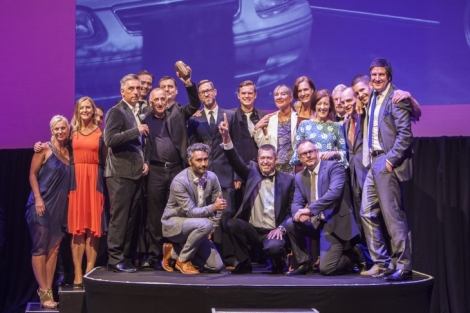 BLAZED a path to Axis glory

​At a sell-out event at the Viaduct Events Centre in Auckland last night, emceed by Newstalk ZB’s Andrew Dicks, 800 advertising types came together to celebrate the industry’s best creative work of the past year.

Blazed also won a Grand Prix in Craft Direction for Curious Film who added another Gold in Direction and two Silver Axis Awards.

The NZTA wanted to persuade Maori dads to reassess their currently held belief that driving stoned is safe. ‘Blazed’ resonated with these men because it referenced a short film that was already dear to their hearts: ‘Two cars, One Night’ (2004) made by famous New Zealand Maori Director Taika Waititi.

“Taika was the logical director, as we knew his insights into the culture would lend the project a much deeper level of authenticity with our target audience” said Phillip Andrew struggling to hold on to his armful of Axis Awards.

The Executive Judges agreed this film had so much integrity, the performances were so real and the writing so sharp.

Other big winners included the NZI Devil’s Chair which was awarded a Grand Prix in the Craft of Animation/ Design/ Visual Effects to Assembly. The Devil’s Chair also saw Assembly awarded two further Gold Axis awards and one to DraftFCB New Zealand in the TV Single Commercial Above 30 seconds category.

The Executive Judging panel felt both Blazed and Devil’s Chair were faultless examples of their respective crafts, which made it impossible for them to elevate one and therefore agreed to award both a Craft Grand Prix in recognition of this. (…)

For the complete list of results including silver and bronze winners, please visit the CAANZ website: www.caanz.co.nz

Congratulations to Taika and his team on all the awards! Well deserved. 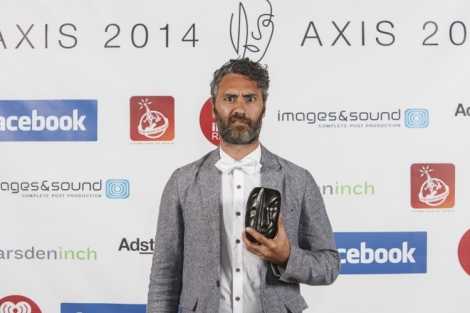 Posted @withregram • @a.ciriaco GO Team! So greatful for the opportunity to bond, share and have fun!
Posted @withregram • @zenypicone #winning all day everyday with this magical team in LA. Cheeeeeheeeee @taikawaititi!! #taikawaititi
Photoshopped! but it would be nice to have some insight into what Taika was up to in NZ really. Posted @withregram • @dave__chapman @taikawaititi dropped in for a SHORT visit this morning. He said that he's travelling around New Zealand on a search for filming locations for an upcoming production that he's thinking about doing. Unfortunately he said, that he wasn't at liberty to tell me that it's "The Time Bandits sequel" as it was all hush hush at the moment. However he did offer me a SMALL role as a DWARF in the production that can't be named. I thought to myself, "Life is SHORT and so are my legs" and agreed to do it. 🙂
Posted @withregram • @aaronepstein There’s a lot going on here… I apologize. / Photo by @aaronepstein / #ourflagmeansdeath